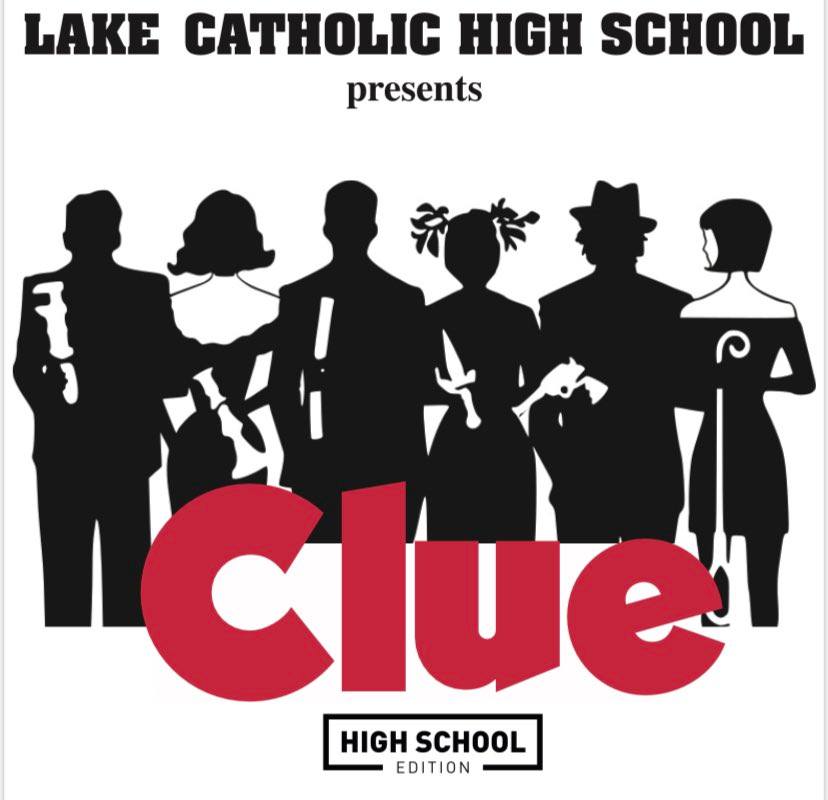 Based on the iconic 1985 Paramount movie which was inspired by the classic Hasbro board game, Clue is a hilarious farce-meets-murder mystery. The tale begins on a dark and stormy night in 1954 in a remote mansion of epic proportions and terrifying secrets just outside of Washington, D.C. The mysterious host, Mr. Boddy, has invited six guests to Boddy Manor for an unusual dinner party where he admits to blackmailing each of them. When Boddy turns up murdered, all are suspects, and together they try to figure out who is the killer.

Tickets can be ordered through our online ticket system 24/7 and printed in the convenience of your own home. Click the link below to order your tickets. Tickets are also available for purchase through the bookstore. Questions can be directed to Jennifer Bretz at jbretz@lakecatholic.org.

https://lchs.booktix.com to order and print your tickets.

Participation in the Fall Play is typically a 7-week process beginning in late September and ending in November.  Rehearsal schedules differ from person to person depending on their role/job in the production. Casting is based on audition, and backstage work differs from show to show.

Student-coordinated One-Acts have been written, directed, and produced by students who are aspiring to pursue a future in performance.

Participation in the Spring Musical is typically an 8-week process beginning in late January and ending in March. Rehearsal schedules differ from person to person depending on their role/job in the production.
Casting is based on audition, and backstage work differs from show to show. There are also opportunities for instrumentalists to play in the orchestra, depending on the show.

The annual talent show is an event in which students of varied backgrounds showcase their talents and skills on Lake Catholic’s stage.

Would you like to learn more about Lake Catholic’s Theatre Program?